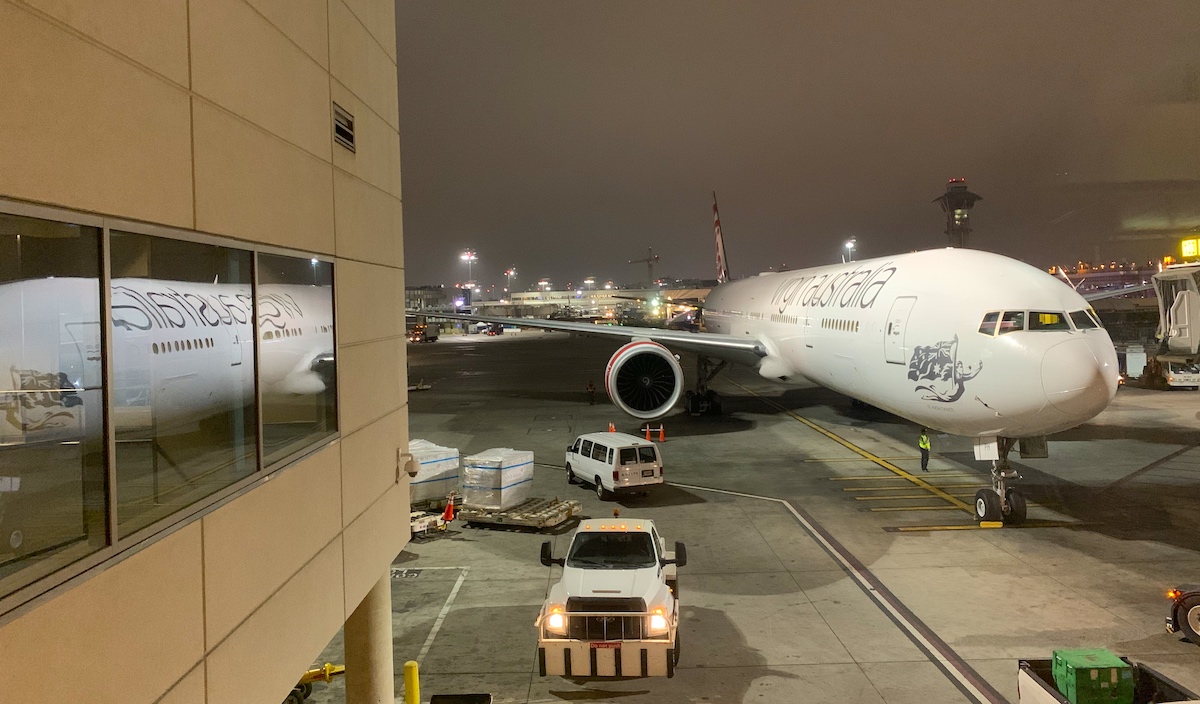 We recently moved from the USA to Australia, flying with Virgin Australia from LAX to Melbourne. This was our experience:

We mostly fly Qantas when making the Pacific Trek.

That said, Virgin Australia was the only airline we could find that provided affordable one way fares. We got ours for about $550 each one way to Melbourne.

It may have made sense to get a return deal (as low as $700 with some airlalines) but we weren’t sure when we would be traveling back to the US.

At LAX we had to check in at terminal 3. Then we had to walk across to the Tom Bradley terminal which is the next terminal. This might only be short term as Tom Bradley is undergoing renovations. The boarding process was pretty seamless, although our flight was delayed a while so we didn’t line up straight away.

The aircraft was super clean. When I got to my seat there was a blanket, small pillow and a little travel bag waiting for me. The travel bag included ear plugs and an eye mask.

Economy is set up in a 3-3-3 configuration, but because we were at the rear of the aircraft, we only had two seats together. We deliberately chose the two seats together so that we didn’t have to sit next to a stranger. We also made sure not to get the very back row so that we still had some decent recline.

The seats on Virgin Australia’s Boeing 777 aircraft feel a bit smaller than Qantas. On research it looks as though that the seats are the same width. That said Qantas seats come with a foot hammock. Both airlines include a USB port for charging your devices.

There is also less overhead luggage space on Virgin Australia’s 777 than on the Qantas A380. Usually I can fit my carry on in easily but on Virgin my bag had to go in sideways. But our luggage did all fit in the end.

Entertainment seems to have a smaller selection of movies than Qantas but still enough to watch in a 14 hour flight. The Hobbit alone took up a large portion of my flight.

They did have free WiFi available but I wasn’t able to get it working unfortunately. I’m assuming it’s pretty tough to get the internet working when you are half way across the Pacific.

For dinner they had a choice of three items. Although we were at the back of the plane they still had all 3 options available when they got to us. I had braised chicken with kale with and chocolate mousse for dessert.

The chicken was pretty juicy for airline food and the mousse was delicious. Unfortunately the drinks cart came a fair while after I had already finished my meal.

During the night staff came by and gave out chicken Stromboli for a snack.

I was surprised to find that there weren’t any air vents – at least from what I could see. I’m used to having the ability to control how much air is coming my way. During the night there were points when I felt very stuffy.

The lighting on Virgin Australia is pretty cool. It is set up to mimic daylight, so when it’s bedtime the lighting changes like a sunset and then again when it is time to wake up.

We were close to the rear toilets. Unfortunately every time someone opened the door we got light in your eyes. On other airlines they usually have curtains in front of these sections to prevent this but I guess that’s why they give you eye masks.

For breakfast I had chicken sausages with eggs and a hash brown, it was a little dry. The raspberry yoghurt was good. Overall, I would say that the food was pretty good.

At the end of the day (or should I say the beginning of the day) we made it to Melbourne comfortably. I would rate Virgin Australia ahead of American Airlines but behind Qantas.

What’s your favorite airline for traveling between the US and Australia. 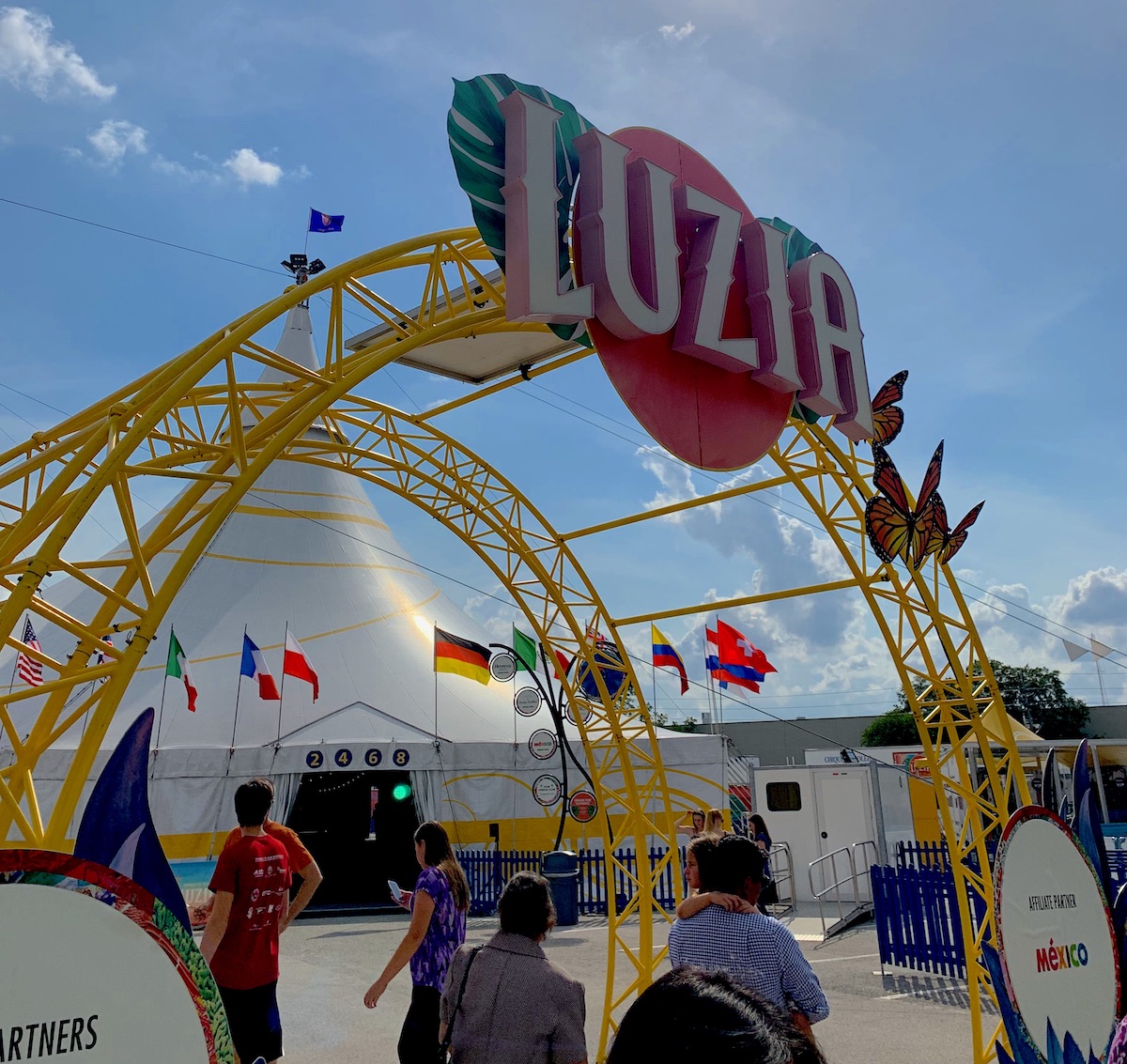 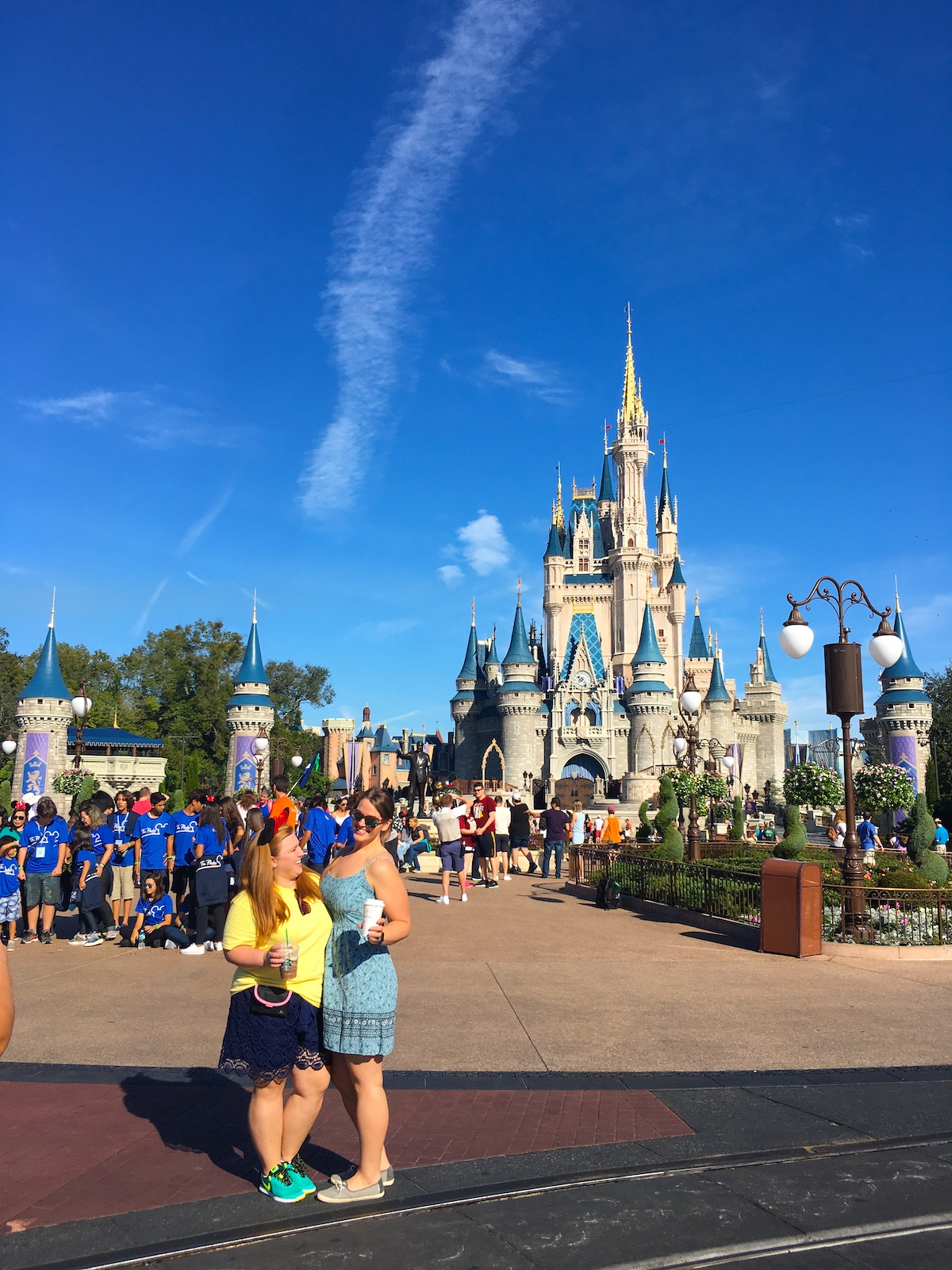