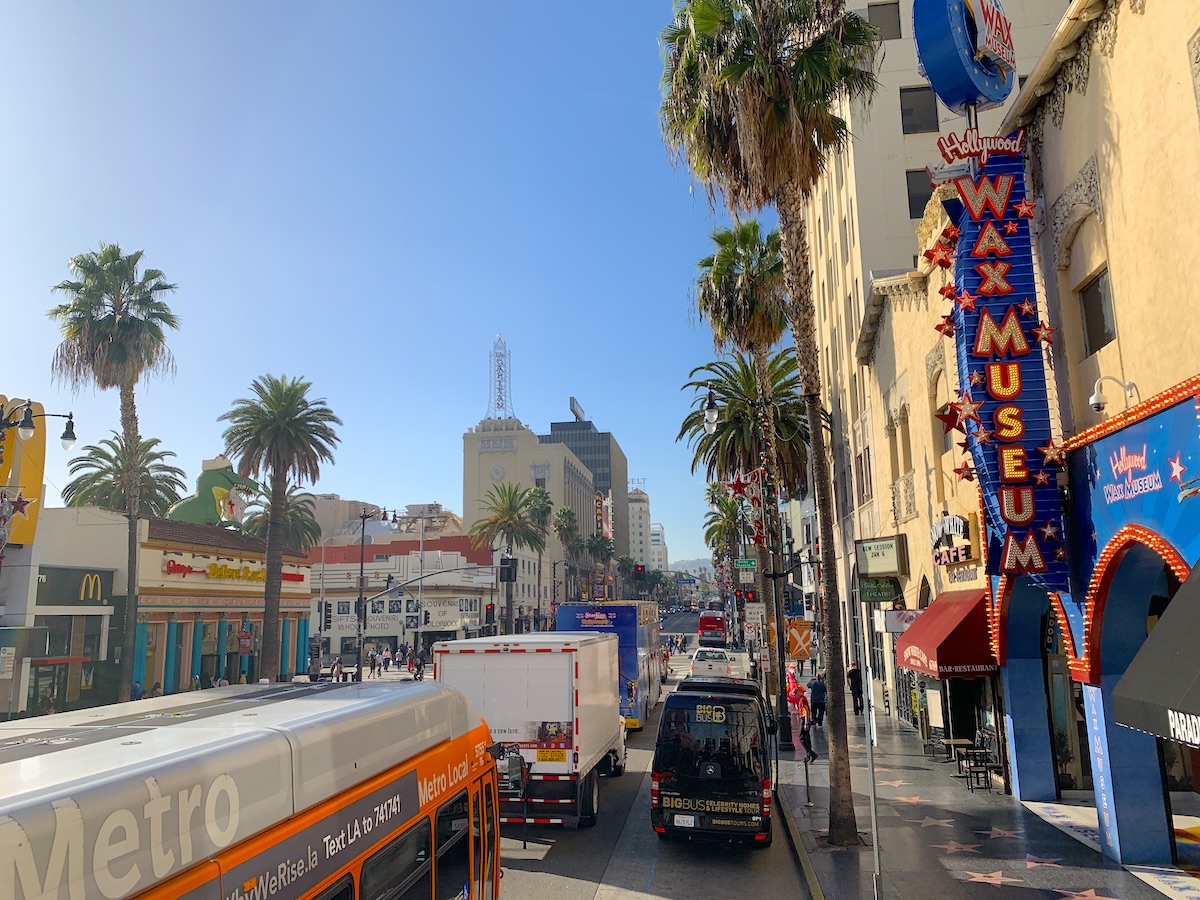 It’s day 28, and today we reach the Pacific at Santa Monica Pier after our Roadtrip across the US.

We slept in this morning after our big day at Warner Bros Studios yesterday. Because our AirBnB didn’t have any parking included, we had to leave our car in street parking. The nearest available parking the night before was a 25 minute walk away! We collected the car and drove to a classic LA food stop, Mel’s Diner. We had to pay $10 for parking, which seems pretty consistent every where you go in LA.

Mel’s Diner is set up as an authentic diner inside. It does not have as much kitsch as Peggy Sue’s diner which we stopped at earlier in the week.

I ordered a Patty Melt and a Butterscotch Milkshake. A Patty Melt is like a cross between a cheese toasty and a hamburger. It is served in two slices of bread rather than on a bun. We paid about $15-20 each. It was pretty pricey considering you can get something similar at Steak and Shake for about $10 (granted the quality is better at Mel’s).

We returned our car back closer to our Air BnB before walking up to Hollywood Blvd to book our ride on the Big Bus Tour. We found tickets cheaper on Groupon so bought them online and then picked it up from their office on Hollywood Blvd.

They have a bunch of different routes. We were doing the hop on hop off tour. They give you headphones (albeit cheap ones). This allows you to listen to the tour guide as the bus moves along. We went upstairs, which is out in the open. If you squint it almost looks as if you’re in a convertible with the top down.

The tour takes us along Hollywood Blvd, down to Sunset and across to Beverly Hills pointing out all of the sites along the way. A comedy house where Kramer (Michael Richards) got into strife, a burger place owned by Mark Wahlberg and a Gym started by the Rock.

They drive us to Beverly Hills where we switch buses and ride on down to Santa Monica.

We get off the bus in Santa Monica around 4pm as the sun is low in the sky. It’s definitely not a place to come if you don’t like the crowds. It was a cool winter’s night, yet you could still feel the warmth of the sun on your face.

The beach was much wider than I had imagined. You could hear the sound of the seagulls (they sound much different to seagulls in Australia) above the sound of people talking, kids playing and the music of street performers.

We walked along just taking in the sights and sounds. We had made it! All this way, from Miami on the Atlantic Ocean, across the North American continent to Santa Monica Pier, over the Pacific Ocean.

This Pacific Trek wouldn’t be complete without visiting Pacific Park. Pacific Park is like a permanent fair on Santa Monica Pier. There’s a bunch of small rides, like a Rollercoaster and a Ferris wheel (Pacific wheel).

If you have more time you can get an unlimited ride wristband for under $30, but we just wanted to go on a single ride. The Rollercoaster seemed a bit pricey so we enjoyed the slower paced Ferris Wheel ride.

It was so pleasant looking over the Pacific as the sun sank lower in the sky.

It was a great time to just look back over the incredible journey of this past month.

After our ride, we watched the street performers. There were a couple of dancers dressed like an old couple who were entertaining to watch. We met our friends and got ice cream.

Then we watched the sunset. It got me thinking, though the sun was setting in LA, it was daytime in Australia.

In a couple of days we’d be starting out new life there and seeing the sun rise over the other side of the Pacific. As one chapter draws to a close, a new one begins!

After sunset we walked through the streets of Santa Monica. We checked out a couple of the shops before having a coffee at Starbucks! How American! We caught an Uber back to our Air BnB which cost about $26.

We were pretty spent and had to get our luggage ready for our big trip home tomorrow. We decided to have a night in. I picked up a pizza at berri’s pizza. It was just a short walk along Sunset Blvd from where we were staying. We are and watched TV then drifted off to sleep. 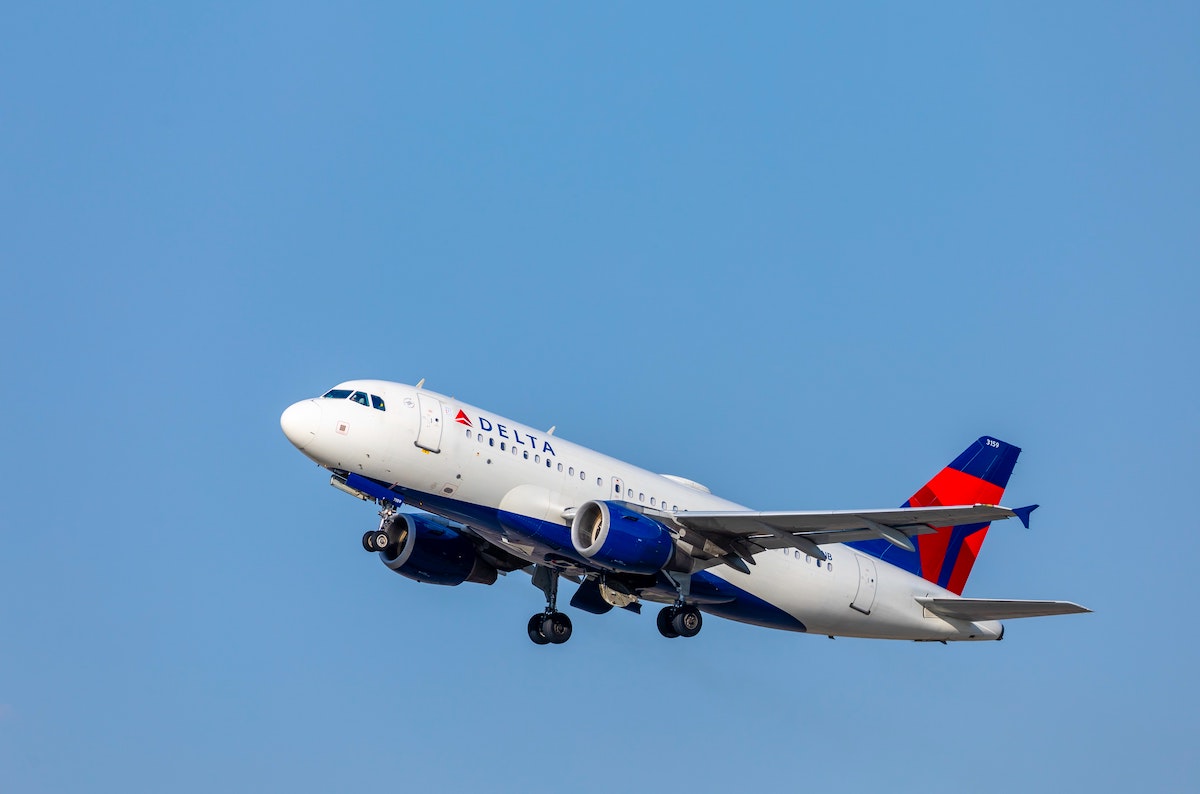 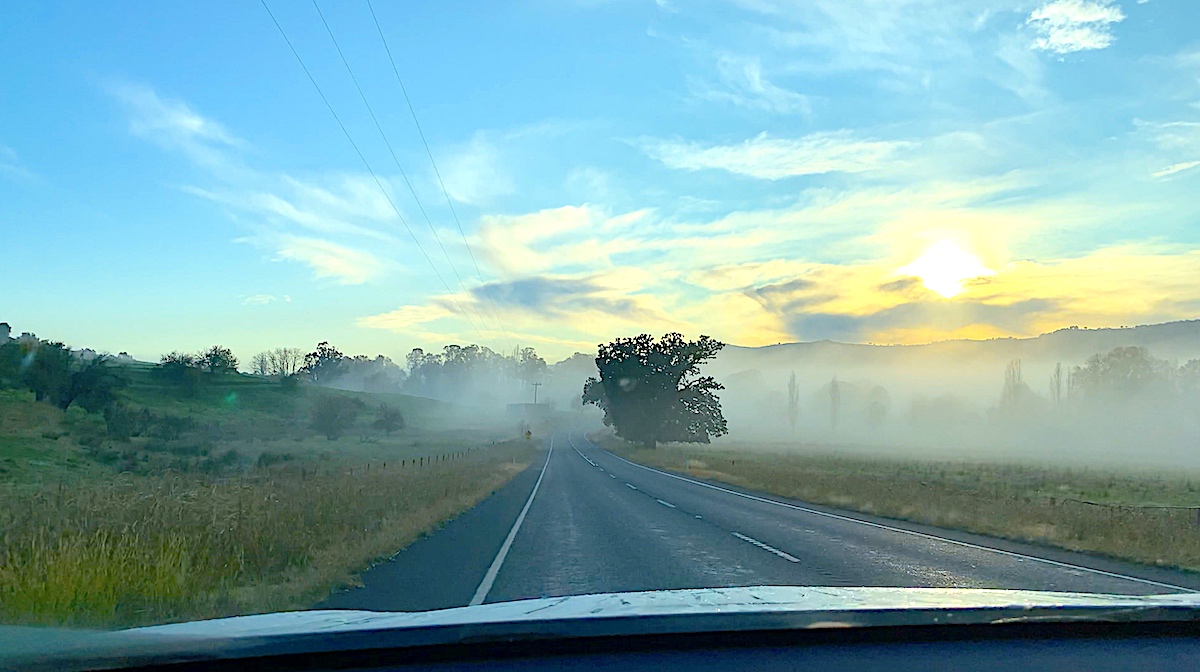 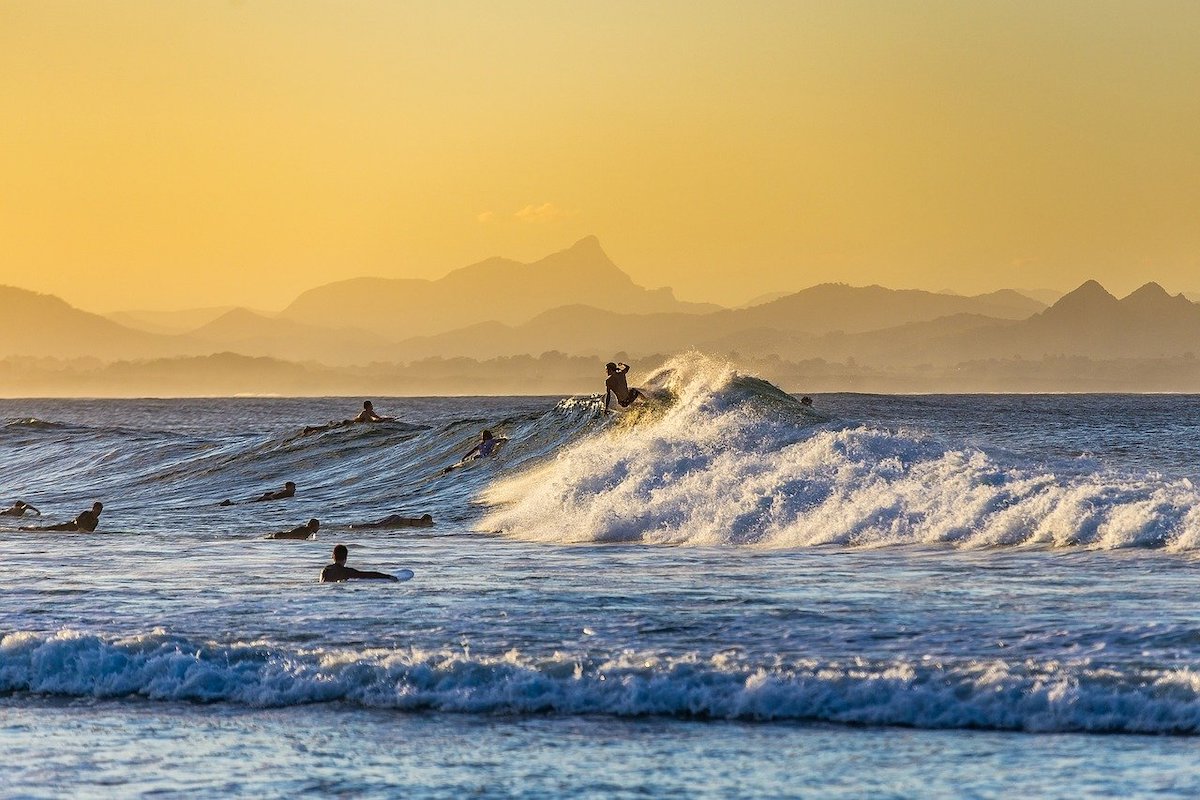 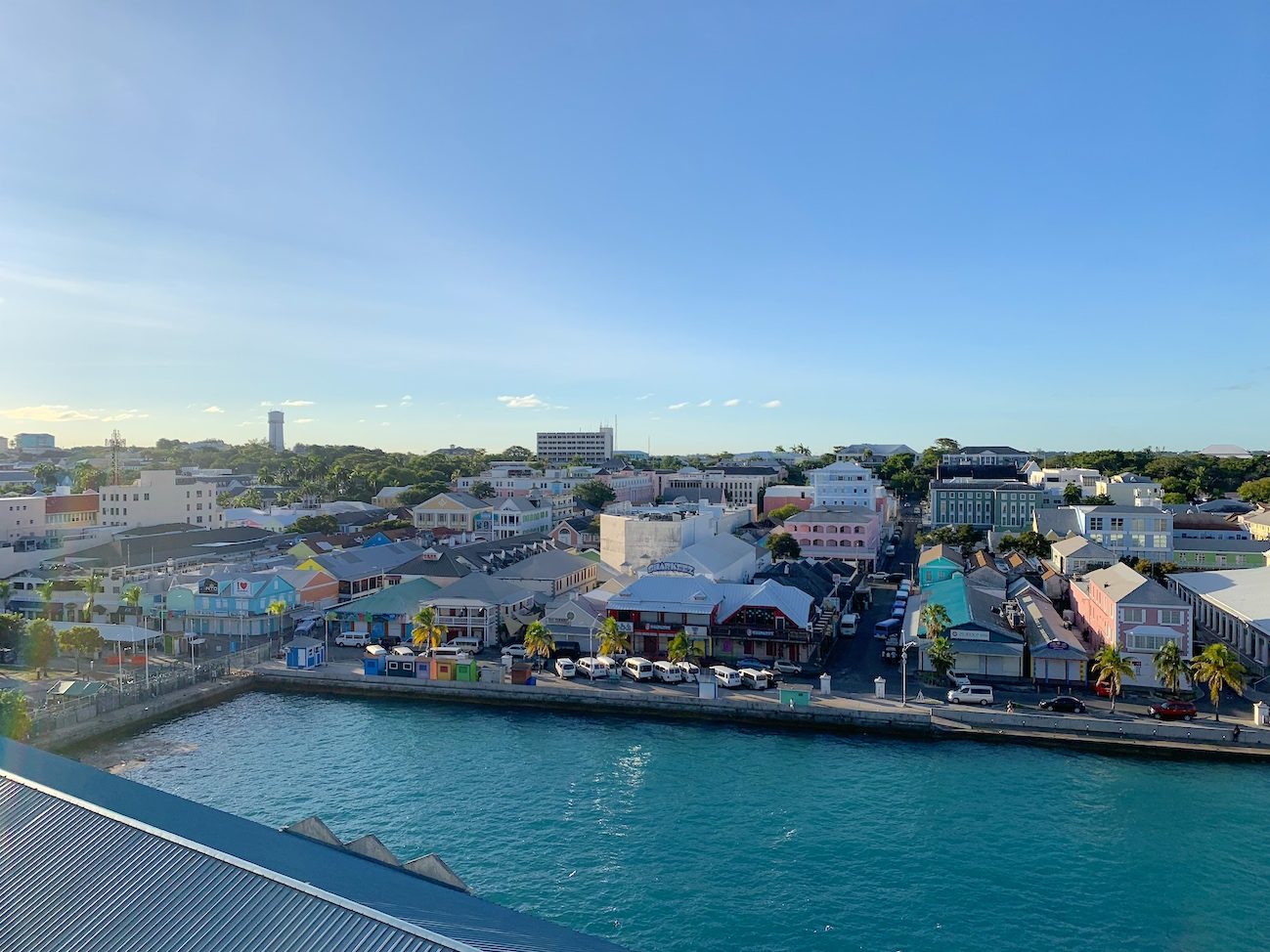